What is the Correct order of Weight Training Exercises?

When setting up a workout for the gym, you need to take some factors into account and the order of the exercises is one of them. Depending on which exercise comes next to the other, you will be able to work the muscle group with greater intensity. Other points such as load quantity, rest time between sets and type of training should also be taken into account.

To set up this exercise guide, the specificity of each organism must be taken into account, and especially if the individual is a beginner or not. Whoever is starting training now must invest in quantity and quality of training. Exercises that lead to exhaustion are not recommended for beginners.

There are basically 3 types of methods that can be used to perform good exercise sequences and this will depend on the adaptation of each one. Thus, we can choose between alternating agonist and antagonist exercises (biceps and triceps ), between lower and lower limbs, or performing a sequence for the same muscle group: leg press and then squat.

Another type of training that can be used to ensure greater hypertrophy is Pyramid Training. Whether in the light-heavy or light-heavy order, it follows a sequence of movements that activates the same muscle group, with different intensities. To improve training, it is also necessary to do a good order of exercises, for example, using devices that activate the main and accessory muscles of a given movement.

One form of exercise that is becoming quite common in gyms is alternate training. Both for aerobic and hypertrophy exercises. For example, alternating hamstring exercises with biceps workouts is a way of doing alternate exercises, gaining muscle mass and consuming more energy, thereby reducing body fat.

The Sequence Chosen by Science

But what is the justification for this choice? The logic is simple. If we started with small groups, it would be impossible to get a big load in the exercises of large groups. The main muscles for the execution of a certain movement would already be fatigued and thus, it would not be possible to take advantage of the large amount of muscles to move more loads and gain more hypertrophy.

There is also the opposite side to this method. They are adept at using their muscles in isolation first for training and only afterwards for large groups. The logic of this sequence would come from the pre-exhaustion of the main muscle and thus, a new load of greater weight imposed on it would lead to additional fatigue. This, in turn, would cause the muscle to gain greater hypertrophy and more quickly.

Some researchers decided to test the theory and see which works best in practice. They did comparative studies with groups of men who already had a certain amount of activity in gyms. They ended up realizing that pre-exhaustion training is not very effective in muscle activation. Electromyography showed that the main muscle was no longer responding to stimulus loads like other muscles. In addition, the number of repetitions in the series was significantly reduced.

It is clear that each has a specific biotype and so the methods used for each person are not the same for everyone. Although some people achieve greater and better results in pre-exhaustion training, the exercises that can generate good effects for the majority of the population are those that follow the sequence of multiarticulars for monoarticulars. 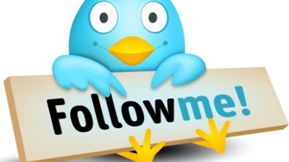 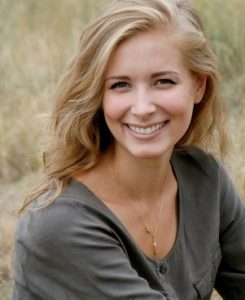 My name is Catherine Taylor and I founded Weight2lossfast.com because I really want to help people with a healthier diet. Before that, I was excessively interested in the secrets of health. I then studied everything about nutrition in order to give myself and other people a better life.